Brescia Calcio is an Italian football club in Brescia, Lombardy, currently playing in the Serie B. Founded in 1911, the club holds the record for total number of seasons (53) and consecutive seasons (18, from 1947–48 to 1964–65) in Serie B, which they have won three times. Also included in their honours is an Anglo-Italian Cup, won in 1994 against Notts County (1–0). Their best finish in Serie A came in the 2000–01 season in seventh place, when, led by the 1993 Ballon d’Or winner Roberto Baggio, the club qualified for the Intertoto Cup. In the latter competition, Brescia reached the final but were defeated on the away goals rule by Paris Saint Germain after two draws. Previously, in the 1928–29 Divisione Nazionale, the team finished joint-second, along with Juventus, eight points behind first-placed Bologna.
The team’s colours are blue and white. Its stadium is the 27,547 seater Stadio Mario Rigamonti.

Following some pennants of Bari (embroidered and printed). 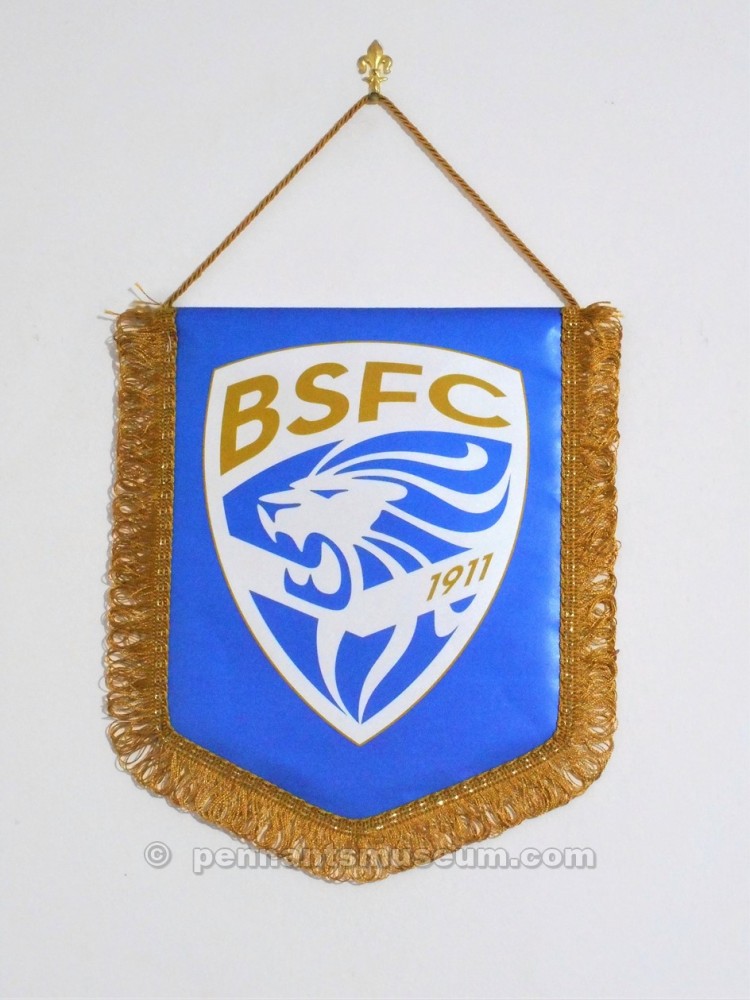 Printed pennant in use in 2020