Unione Sportiva Sassuolo Calcio is an Italian association football club based in Sassuolo, Emilia-Romagna.
They are playing in Serie A in 2013–14 for the first time ever, after being crowned 2012 – 13 Serie B champions. The club was founded in 1922 and it reached Serie C1 in 2006, after winning the promotion play-offs by beating Sansovino in the final. In the following years, Sassuolo proved to be a serious contender for promotion to Serie B, barely missing it in 2007, with Gian Marco Remondina as head coach, as they lost immediate promotion to Grosseto in the final season days, and were defeated by fifth-placed Monza in the play-off semi-finals. Remondina then left Sassuolo to join Serie B’s Piacenza, and former Serie A player Massimiliano Allegri was then chosen as new head coach. Under Allegri, Sassuolo quickly revived their hopes to obtain promotion to Serie B; this ultimately came on 27 April 2008, when they won the Serie C1/A title, thus ensuring a historical promotion to Serie B, the first in the club’s history. Sassuolo had a surprising start to the 2008 – 09 campaign and held a promotion play-off place for very long time, but they managed to win only two points in the last 5 games and eventually finished in 7th place. Sassuolo successively qualified to the Serie B promotion play-offs in 2009 – 10 by coming fourth, and 2011 – 12 in third, being eliminated at the semi-finals in both seasons. However, in the 2012-13 season, under the guidance of new head coach Eusebio Di Francesco, Sassuolo won the Serie B title, thus achieving direct promotion to Serie A and ensuring a first top flight campaign ever in the 2013 – 14 season.
Sassuolo’s colours, green and black, originated from a kit donated by Lancaster Rovers FC of England. Sassuolo’s home stadium is Stadio Enzo Ricci still used for training, but due to its tiny capacity (4,000), the club played Serie B seasons in Modena’s Stadio Alberto Braglia. Starting from the 2013 – 14 season, the first Serie A campaign for the club, Sassuolo will play in Reggio Emilia at the renovated Stadio Città del Tricolore (formerly Stadio Giglio) in a venue-sharing agreement with Lega Pro Prima Divisione club Reggiana.

Following some pennants of Sassuolo (embroidered and printed). 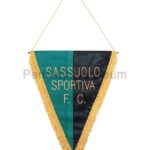 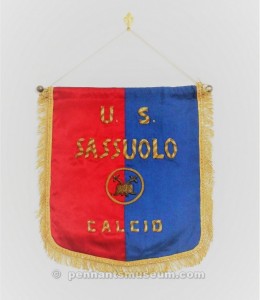 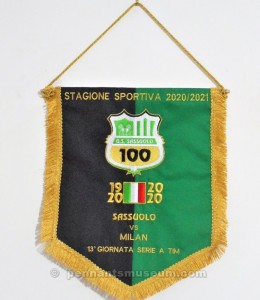 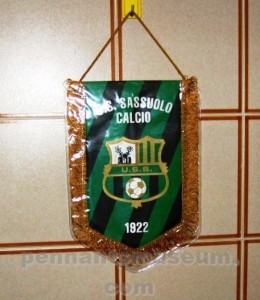 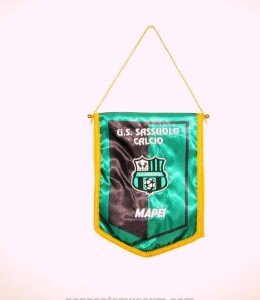 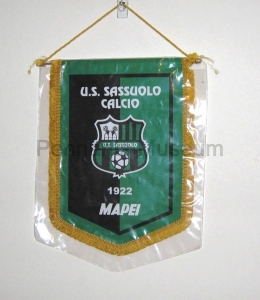 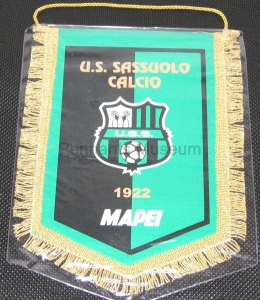 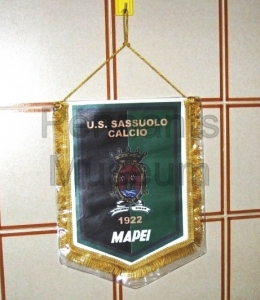 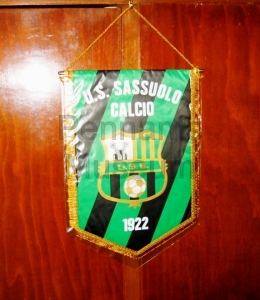 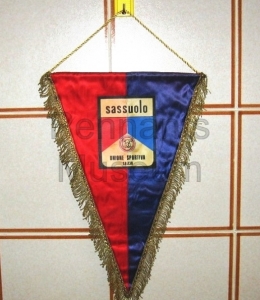 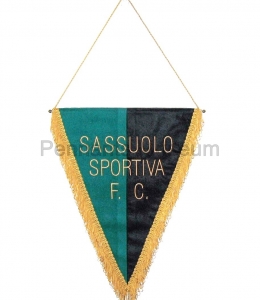 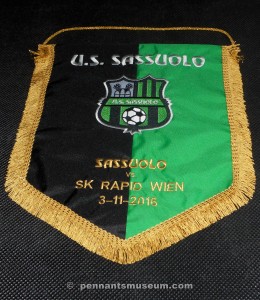 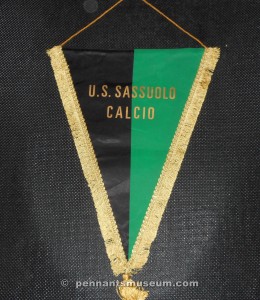 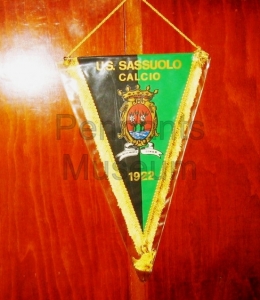 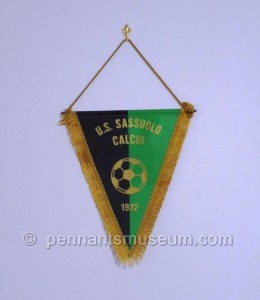