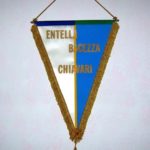 Virtus Entella (usually referred as simply Entella or Chiavari Entella) is an Italian association football club, based in Chiavari, Liguria. They currently compete in Serie B. The club was founded in 1914 as Foot-Ball Club Entella. It took its name from the river Entella, flowing between Chiavari and Lavagna. Foot-Ball Club Entella went bankrupt in 2001 and It was refounded in 2002 as Unione Sportiva Valle Sturla Entella. In summer 2010 it was renamed with the name Virtus Entella, after had been admitted in Lega Pro Seconda Divisione. In summer 2012, Virtus Entella was promoted, for the first time, to Lega Pro Prima Divisione by repechange to fill the vacancies created.[3] They completed the 2012–13 season in style, taking part to the promotion playoff, where they were defeated by Lecce in the semi-finals. In the 2013–14 season, Virtus Entella took part to the Girone A of the Italian third tier, and topped the league for most of the season. On 4 May 2014, a 2–1 away win at Cremonese in the final day of the season ensured Virtus Entella the league championship title and a spot in the 2014–15 Serie B, in what will be the club’s first appearance ever in the Italian second tier. The team was promoted in Serie B for the first time in history in 2014. In the 2014-15 they got relegated once again, in the relegation playoffs as they lost to Modena. But after the relegation of Calcio Catania to Lega Pro for sporting fraud it was readmitted to Serie B. 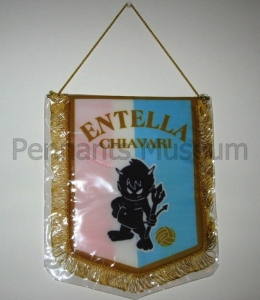 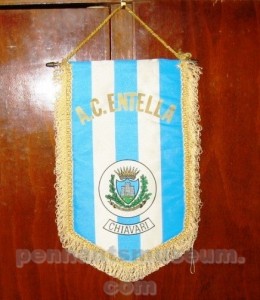 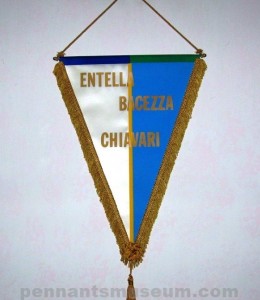 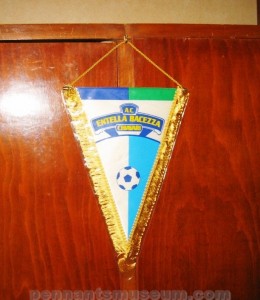 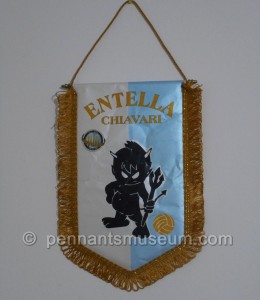 Printed pennant issued in 2014 for the centenary of the club

Permanent link to this article: https://www.pennantsmuseum.com/virtus-entella/