This is a very rare pennant of the retour match of 1955 – ’58 Inter Cities Fairs Cup presented by London F.A. (also known as London XI) to Barcelona.
Pennant is 32 cm x44 cm, red and blue halves and it is in felt.
Details of the match are embroidered in wire thread. Above the wording club crest is embroidered on the pennant

The London XI was an association football representative team, specially created to take part in the 1955–58 Inter Cities Fairs Cup. The competition was created on 18 April 1955, and the first tournament took three years to complete. The entrants were the major football team of each city which held a Trade Fair. Like many cities taking part, London had several strong teams; however rules stated that there could only be a single team from each city. It was decided to create a team especially for the tournament, using the best players from each London-based club. Membership of the team varied considerably between matches, to the effect that as many as 54 players took part in the 8 matches of the campaign. The London XI, managed by Chelsea chairman Joe Mears, reached the final of the cup, after coming top of a group that included special XI teams from Basel and Frankfurt, and then beating Lausanne Sports. London lost 8-2 on aggregate over two legs to FC Barcelona. The London XI only competed in the 1955-58 tournament, all future Inter Cities Fairs Cups involving a London team were contested by individual clubs from London instead. 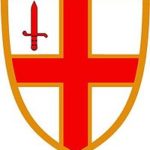 London XI lost 6-0 the match played on the 1st of May 1958 and Barcelona won the first inter cities fair cup.
Hereunder is listed the line up of the British team (first and second leg):

precedenteGAGLIARDETTO MILAN ANNI 50
successivoMUNCHEN 1860
Share this ArticleLike this article? Email it to a friend!
Email sent!