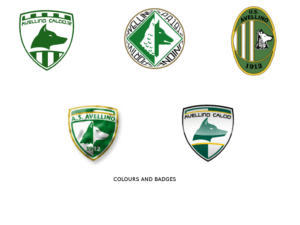 Unione Sportiva Avellino 1912, is an Italian football club, based in Avellino, Campania. They currently play in Serie B. Unione Sportiva Avellino S.p.A. went bankrupted in 2009. A new company Avellino Calcio.12 S.S.D. was admitted to Serie D. The club renamed to Associazione Sportiva Avellino 1912 in 2010 and restored to the original Unione Sportiva Avellino 1912 in 2015. The club was founded as U.S. Avellino during 1912 to give the town of Avellino a footballing representative. The early history of the club is quite obscure as they only competed at a lower level against regional sides. Avellino competed in IV Divisione from 1913 until after the Second World War; today’s equivalent of that level is Serie D. For the earlier part of their history the club did not achieve anything of note, until being placed in Serie C for the 1945–46 post-War season. In the 1946–47 season they narrowly missed out on getting through to the interregional final, after finishing third in their group. Avellino beat out the likes of Catania, Reggina and Messina to win promotion to Serie B at the end of the 1940s. However, the club were accused of match fixing and the federation decided to strip them of their promotion, instead relegating them down to Serie D. Although they were able to return to Serie C after one season, Avellino were relegated back down to spend six seasons in a row at Serie D level. Eventually Avellino returned, but in the space of six seasons, Avellino gained promotion to Serie C in three of them and were relegated back down twice. Avellino were promoted to Serie B in 1973 and Serie A in 1978. A truly remarkable feat for a southern provincial side was a 10-year stay in Serie A between 1978 and 1988, with the club holding a mid-table place for the majority of that period. Their best finish was 8th in 1987, with a team starring Angelo Alessio, Paolo Benedetti, Franco Colomba and Dirceu. The club has tended to shift between Serie B and C1 in the years since. More recently, the club marked a Serie B return after defeating neighbours Napoli in the Serie C1/B play-off finals. An unsuccessful 2005–06 campaign ended in a loss on relegation playoffs to Albinoleffe (0–2, 3–2). The 2006–07 season, with Giuseppe Galderisi as head coach, then replaced by Giovanni Vavassori, ended in a second place in the Serie C1/B regular season; this was then followed by a successful campaign in the promotion play-offs, in which Avellino defeated Foggia in the finals, being therefore promoted to Serie B once again. However, this was followed by Vavassori’s resignations on 16 July 2007, shortly after his confirmation as Avellino boss, being then replaced by Maurizio Sarri two days later.[3] Sarri himself resigned one month later, being replaced by Guido Carboni and later Alessandro Calori. Despite this, the club did not manage to escape relegation, ending the season in 19th place. The club was however readmitted to Serie B later on to fill a league vacancy created by Messina’s disbandment. The team finished second from bottom in the 2008–09 season and was therefore relegated. On 9 July 2009, the Covisoc (Commissione di Vigilanza sulle Società Calcistiche, Vigilancy Commission on Football Clubs) organization announced that the team did not pass the financial requirements in order to be admitted to the league. The club was allowed to appeal the decision until 11 July 2009. On 11 July, Avellino failed to appeal the exclusion. A new club founded in the summer 2009 as Avellino Calcio.12 S.S.D. restarts from Serie D, finishing 5th, but 4 August 2010 they were later admitted to Lega Pro Seconda Divisione to fill vacancies. This ordeal saw them become the latest in a long line of Italian clubs that have faced severe financial difficulties, such as Napoli and Fiorentina. In the 2010–11 season the team became Associazione Sportiva Avellino 1912 and played in Lega Pro Seconda Divisione finishing 4th, being defeated by Trapani in the play-off final, but 4 August 2011 it was later admitted to Lega Pro Prima Divisione, again, to fill vacancies. In the season 2012–13 Avellino won Lega Pro Prima Divisione and the team obtains the promotion in Serie B.

Its traditional colours are green and white. Avellino are nicknamed the “Lupi”, which means wolves, and their club crest displays a wolf head.